The Amazon is one of the most diverse regions of the world containing an endless amount of plant life much of which has a great amount of therapeutic benefits. One such tree is the Graviola tree (Annona muricata) which produces a small, prickly green fruit long enjoyed and prized for its many healthy benefits.
You may not have heard of graviola or you may be familiar with one of its alternative names; soursop, cherimoya or guanabana. Graviola is a fruit tree which grows in Central and South America and its fruit, leaves and bark have all been used traditionally to treat a range of health disorders from rickets to diabetes.
Some more recent research points to its potential ability to fight cancer. So what makes graviola such a desirable and beneficial plant and is it really the superfood that many claim it to be?
The graviola fruit is a rich source of vitamins B1 and B2 and also vitamin C. The fruit also possesses a number of healthy and essential minerals such as calcium, zinc, potassium magnesium and phosphorus. It is not only the fruit that is good for you; the bark, leaves and the stem are a great source of antioxidant which help your body to repair the damage inflicted on its cells by infamous free radicals.
Considering its rich and healthy content, it is not surprising that graviola has been consumed for so many years by certain South American cultures. It might have taken a while, but the Western world is now beginning to catch on and graviola has caught the eye of researchers and it is now increasingly available in several different forms.

TRADITIONAL USES AROUND THE WORLD

Graviola has been used extensively in certain areas of the world and its traditional uses include the following: 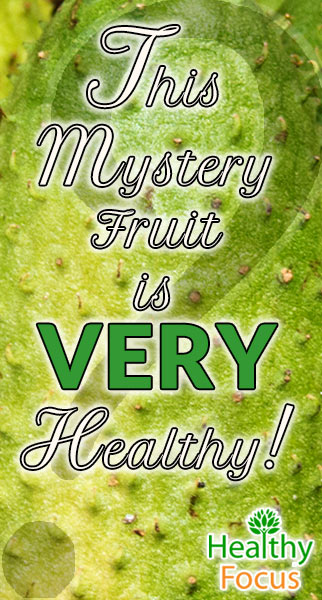 While there has been a relatively large amount of laboratory research into the potential of graviola for cancer, many of the other benefits listed below are based on anecdotal and traditional use. Scientific research into the therapeutic benefits of graviola is slim and the information given below is not meant to replace medical opinion.

Much of the recent literature related to graviola has been inspired by recent research into its ability to fight cancer. The Graviola fruit is rich in Acetogenins, which are unique to this plant family. Acetogenins appear to have anti-tumor effects in animal studies.
According to its advocates, graviola extract has been effective against several types of cancer including breast and liver cancer cells though up to now there has been no human research to confirm preliminary studies. (1)
However, laboratory and animal tests have shown a lot of early promise and seem to support its traditional use in the treatment of cancer. Research into the anti-cancer potential of graviola has demonstrated several potentially worthwhile findings. (2) (3)
It must be noted that no trials have ever been conducted on humans and the FDA have not approved its use as a cancer treatment. The best known and most comprehensive studies were carried out by the Purdue University’s School of Pharmacy and Pharmaceutical Sciences and these claims that you can find quite easily with a Google search can be summarized as follows.
More clinical research is certainly necessary to confirm these claims and we can only hope that it will happen in the future. Graviola has been used for centuries in South America to regulate blood sugar levels in diabetic patients and there is some preliminary modern research that suggests it might well be effective. Certain ingredients in graviola which include phytochemicals might be able to prevent spikes in blood glucose and help to regulate glucose levels.
In one study published in 2008, diabetic rats given graviola for a two week period demonstrated near normal blood sugar levels by the end of the trial without being treated with any other diabetes medication. (4)
Another study showed that diabetic rats fed with graviola also exhibited higher antioxidant levels in the blood as well as healthier livers and a reduced level of unhealthy blood fats. (5)

Graviola has antiviral and anti-parasitic properties and has been traditionally used to promote digestive health. Graviola might be used to treat constipation, diarrhea and promote regular bowel movements. Graviola fruit is also eaten traditionally to eradicate intestinal worms and other parasites.

Graviola has antioxidant properties which gives it a number of potential regenerative applications. It can help prevent and repair cell damage and reverse some of the telltale signs of aging such as wrinkles and other skin blemishes.

I retain a healthy dose of skepticism over this claim but there is some anecdotal evidence that suggests graviola can help boost energy levels and fight fatigue.

Another claim is that graviola can reduce the amount of uric acid in your body which would make it a potential remedy for gout.

Drinking graviola or taking graviola supplements is said to be good for easing back pain and rheumatism but there is no scientific research to confirm these claims.

HOW TO TAKE GRAVIOLA?

Graviola is available in supplementary capsule and liquid forms, make sure that you read the label thoroughly to determine the correct dosage. If you can get hold of the fruit itself, it is easy to prepare and can be enjoyed in any number of ways.
Graviola fruit usually has a delicious, slightly sour taste (hence the name soursop), which is quite difficult to pinpoint. You might get hold of a sweeter variety that some people compare to a combination of banana, papaya and pineapple. When ripe simply remove the black seeds and scoop out the pulp. You can enjoy the fruit itself or add it to your smoothie or juice recipe.

WARNINGS AND POSSIBLE SIDE EFFECTSOF GRAVIOLA

It goes without saying that your knowledge and transactions need to be protected on-line. All the casinos in our article are fully-licensed, authorized, and safe, and secure to use. The video games are honest and frequently checked by official regulatory our 온라인 카지노 bodies.